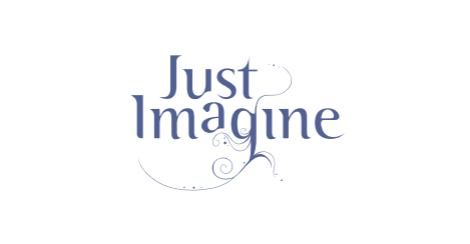 During my time teaching at Kiama High School, I developed and organised a Gifted and Talented writing opportunity to take advantage of the Just Imagine competition at the Wollongong City Gallery. The gallery’s aim was to promote different ways of seeing and thinking about art. For four years from 2007, including 2010, Kiama High School students were successful in being awarded Best Story in different sections, as well as many highly commended finalists.

The gallery provided full day teacher workshops to introduce the selected artworks each year, and also organised one hour student workshops. These workshops were led by a gallery volunteer, although teachers were able to make a booking to run their own workshop. 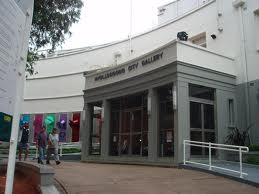 Each student received a clipboard with an A3 worksheet and sat before their chosen artwork. Small groups became tight knots of activity and discussion. There were timed activities that included

Students were encouraged to work through the exercises spontaneously and instinctively. 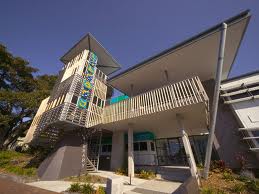 Writing workshops were held at the Family History Centre below the Kiama Library. Students were excited to be off site, and the activities and teaching sequence were aimed at developing a sense of wirting as fun, and playing with words. As they arrived, students were seated at five large tables with a reasonable mix of gender and years. We introduced ourselves and explained why we liked to write.

Artworks were re-introduced through the use of laminated images displayed on a the centre table. Students were urged to move around and place different words near each artwork. (I had chosen these from art vocabulary lists and written each on different coloured cardboard). Each colour represented a different category: green – shape, orange – line, red – feelings, blue – texture, yellow – colour. When all the words had been used, we stood back and noted which artworks had attracted particular groups of words. Students were asked to write down any ‘interesting’ words for their artwork.

Small group activities based on each table then occurred:

After morning tea, students had free time to edit their stories and incorporate any new words or ideas.

As a way of encouraging students, I made it clear that they would be making the final seleciton of stories to be submitted for the competition. This meant that everyone had to read their story aloud in their table group, then those chosen would share their story with the whole group. Even reluctant students agreed that the experience provided a strong learning opportunity – reading aloud means the words can be heard and errors identified. As part of their editing, students were encouraged to seek a quiet corner and read aloud to themselves before sharing.

An important component of peer assessment is understanding the criteria. The library staff provided a matrix of key elements, developed in conjunction with Department of Education consultants, as judging guidelines in landscape format. Typically, marking criteria are in portrait format with the highest grades priviliged at the top of the page. In landscape, students are able to work across the page, ticking off achievements, rather than feeling discouraged as their story is marked ‘down’.

We discussed the concept of a ‘feedback sandwich’ where people receive positive – negative – positive comments on their work so as not to discourage further efforts. Students were also asked to consider if they felt some elements of their story needed close scrutiny, and to invite specific comments on this. All participants were asked to avoid the urge to argue or address individual comments, but to consider the complete input of the group.

The day finished with students sharing their ‘best’ stories. If you would like to read some of the winning entries, please contact Wollongong City Gallery at gallery@wollongong.nsw.gov.au to purchase a booklet. I do not have copyright for the individual artworks or stories.

The following year, I planned the workshops and writing sessions for more students. I’ll include some strategy and activity ideas soon …

Over the past two weeks we have been doing the ‘Just Imagine’ creative writing course. We started on the 15th May at the Wollongong City Gallery where we looked at different pieces of art for our inspiration. I chose a piece called Bedridden. then on the 22nd of May we came to the Kiama Library where we perfected our stories.

I thought this task was going to be really great and easy but I found it was actually pretty hard but it still was really fun. I also think it was a great experience too. I was nervous … really badly actually. I thought ‘what will happen if I stuff up in my story or what if I have to read mine out?” But I just thought “I’ll be fine”. I enjoyed everything about ‘Just Imagine’. the art, the storywriting, everything was just awesome.

I have learnt that writing is a way to express feelings and how what I write, I control what happens in the story. I’ll probably write stories a whole lot more with these ideas in my head. I like writing so much more now and I think everyone should give it a go.

Today, we have been writing about the painting that we chose on the 15th May at Wollongong. We had four paintings to pick from. I picked bedridden.

I thought this task was going to be heaps easy. But it takes a lot of effort, time and skill. I was nervous about sharing my ideas. And not being good at writing, but I’ve noticed I fit in well. I believe I’m doing well, now that I’m more confident. I enjoy working in small groups. discussing and sharing ideas.

I have learnt the weirder the better and follow a few simple rules and you can have a successful story. I can use these skills in writing exams now I feel much more confident.

Read more on my Reflective Writing page and read about the 3D Format – Describe, Disclose, Decide.