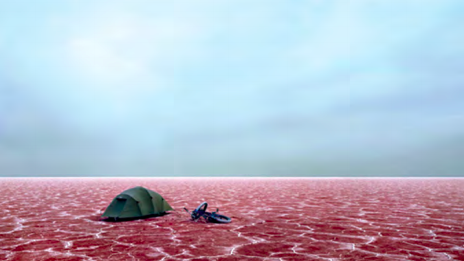 These strategies have been adapted from an earlier post, Image to Text, and are designed for students to use as rapid response prompts when planning an imaginative composition during exams or assessment tasks. In developing a class task for Year 11 English Standard – Reading to Write, I accessed the 2016 HSC English Paper 1 and Marking Guidelines. While students chose an image, I worked with the still taken from Murray Frederick’s 2006 Salt documentary trailer which had not been selected.

Students were asked to

Compose a piece of imaginative writing that explores the relationship between an individual and place.

Use ONE of the images as a key location in your writing.

In class, we began by choosing the image, then taking several moments to ‘follow a line’ around and through the image. This forces us to actually engage with the image and notice details.

We then considered the who – what – where – when – why of the image.

Who: write quick answers for

Students were given a moment to discuss their character with a partner, regardless of which image had been chosen. 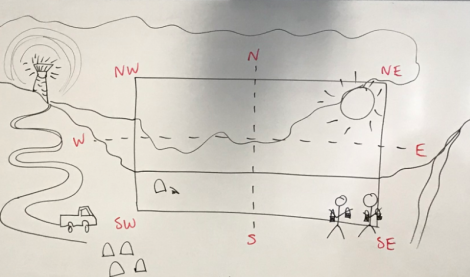 I decided on a landscape that stretched into a mountainous region, and extended the cloudy sky. I added a stream and sunshine to the east. In the west, I drew a lighthouse. The original tent and bike were isolated from the rest of the camp. Next, came two people carrying water from the stream. Finally, I added a road to the main camp. This shifted my initial thought of an icy location to that of a desert.

When: consider the time of day and weather conditions

Why: has a concept or idea been revealed?

During the sketching, many students naturally began discussing their additions. This led to an authentic feedback situation and the development of narrative and character motivations. We also shared our ideas as a class, and students were reminded that changes could be made to any part, or at any time of this process: