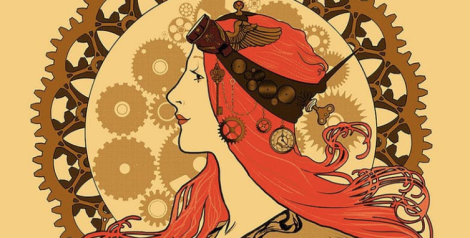 Chair Judy Morison spoke with Anna Westbrook and Kate Forsyth about ‘finding and honouring forgotten stories of women’s heritage, and the art of crafting them into historical fiction’. Judy invited each author to outline the inspiration for their latest novels, how they made choices about the characters used, the challenges of including ‘truth’ within historical novels, how to include historical detail and the importance of place. The audience were also invited to ask questions and wondered about the structure of their heroine’s journey, and how did they manage to stay focused on a woman’s journey and avoid being distracted by males voices. 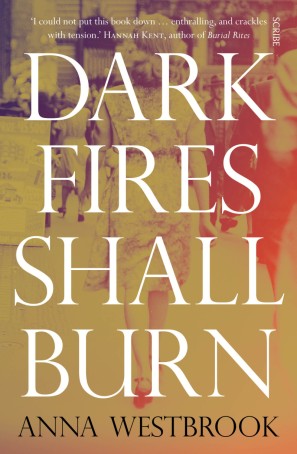 Anna began her novel, Dark Fires Shall Burn, ten years ago with a ‘kernel’ of an idea. While living in Newtown as a uni student, Anna would frequent Camperdown Cemetery for picnics and other ‘shenanigans’. The actual cemetery space is now behind walls at St Stephen’s Anglican Church in Newtown, yet the park space encompasses the whole original cemetery. Associated with several ghost stories, the graveyard was also the site of an infamous rape and murder of an 11 year old girl in 1946. Her grave, and the skeletal remains of many buried people remain on site and unmarked. Anna, though fascinated by this tragedy, chose to write about post World War II Sydney without the central trope of a dead girl.

This required research into the impact of American service men on Sydney society, as well as the surrounding inner city suburbs with a focus on contemporary peers of the slain child and infamous female criminals. One character is an amalgam of Tilly Devine and Kate Lee – powerful, ‘tough as guts’ women – who took on the razor gangs in the 20s and 30s, yet by the 40s saw their power fraying and fought hard to hold onto their dying empires.

Anna stated that to some degree, we write about the present, and from our own experience and perspective. This colours our understanding when researching contemporaneous works, with their masculine focus and typical reporting and characterising of women as wives, nurses, and carers. The ‘truthiness’ of historical fiction can be a thornbush. Fortunately, the era Anna researched in within living memory which allowed her to speak with people about the slang and street jargon of the time which gave her novel verisimilitude. This is an important consideration when writing about ‘recent’ events as opposed to time immemorial, or events from time out of memory.

Place is very important in Anna’s writing process, and she was fortunate to live in Newtown when writing due to the remaining rich architectural details such as many pub frontages, housing styles and cornices. This allows for Anna’s preferred ‘sense of immersion’ for the reader, rather than an artifice of writing research instead of a narrative.

In terms of structure, Anna’s determination to not focus on the murder meant that her editor found there was no plot, and was unsure how to categorise the genre: was it a murder mystery? As a writer, Anna found editing to be her own ‘heroine’s journey’. In avoiding the dominant male voice of the 1940s, Anna suggested that sex work was incidental to the novel as it was one way for women to make money, and reminded us that domestic violence and alcoholism was common with so many men returning from war who experienced emotional and psychological trauma (now know as post-traumatic stress disorder). Dark Fires Shall Burn contains a range of female characters of varying ages who are not set up as dichotomous of male experiences.

Kate explained that Beauty of Thorns is a re-imagining of the sleeping beauty fairy tale. These tales have long been a passion of Kate’s and formed the basis of her doctorate where she researched and re-told ‘Rapunzel’ and the true life of the women behind William Morris’ poem who were themselves poets and artists within the Pre-Raphaelite movement.

Her novel expresses the voices of four women – Georgie Macdonald, Lizzie Siddal, Janey Burden, Margot Burne-Jones – who were all poets and creatives in their own right, even though they are know in traditional historical recounts as appendages of men within the movement. Writing historical fiction requires research, full immersive research, as it is impossible to know what details will be needed: ‘you never know what you need to know until you learn it’. Readers should come to understand an era through ‘osmosis’ which requires a delicacy when including facts – when the reader finishes the book, they should feel like an expert but not know how they arrived with that knowledge.

In terms of the heroine’s journey, Joseph Campbell’s model of the hero’s journey reflects his perspective so it is reasonable for him to find male examples. However, fairy tales typically have female protagonists. Many re-tell the descent of Persephone into the Underworld and her resultant journey into light. It seems hero is a gendered word and conjures images of men, so protagonist and antagonist are much more preferable labels.

When writing these characters, Kate was very much interested in ‘giving back’ their voices as passionate women. She incorporated their own words, where possible, from contemporaneous memoirs, letters and other primary sources. Although Lizzie was a prolific poet, little of her work remains yet Margot was born into a life of privilege. There is a disparity in terms of artefacts relevant to the socio-economic class of these women.

I look forward to reading both texts during the school holidays – once to enjoy, and once to ‘read like a writer’.