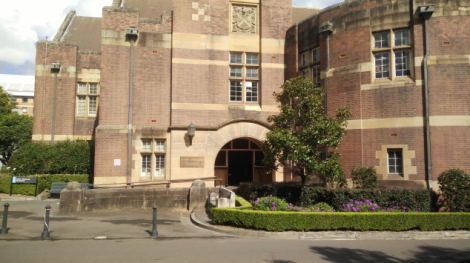 Held at the Woolley Building, Sydney University, on a cold and grey winter’s morning, the passionate presenters held my focus by discussing different aspects of the Craft of Writing. I arrived early (after a long train ride) and had time to speak with the English Association President, Dr Melissa Hardie. She was a welcoming presence and listened to my questions on postgraduate study before agreeing to introduce me to the very person who could help: Associate Professor Kate Lilley – we spoke during a break later in the day.

All of this was simply the prologue to a thoughtful day of pedagogical conversations, textual analysis, resource sharing, and readings. This post outlines the key points of each presentation. 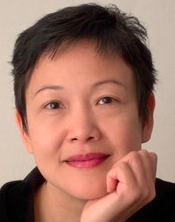 Beth began by answering a common question: can creative writing be taught?

How does one write creatively? How does one come to love, and pay radical attention to the world?

It’s all in the words.

We were then treated to an overview, with sample writing activities, of the newly introduced ENGL 1014. Together with second and third year subjects offered at the uni, there is now an established undergraduate pathway for writing. Students are able to consider ‘what is creative writing?’ by studying five key components:

Students studying the course have also been trialling a digital discussion space where comments must be made each week about the required readings, and feedback given for posted written pieces. These drafts are not marked, but may form the basis of a longer piece submitted for marking. Interestingly, when part of a face-to-face workshop, the author is not allowed to speak: in thanks, in justification, in providing further information. This supports a period of reflection, and reduces the possibility of emotional conflict.

The course is structured to combine theoretical considerations and writing practice. For example, with an understanding of anthropological behaviour, or ethnography, students then spend a few hours in a public space over some weeks to gather words and ideas. These real life observations encourage ‘radical attention’ in documenting details and data.

A suggested activity to produce uncreative writing is to write a story that is wholly plagiarised, yet still make it your own – a difficult task that is rarely successful, yet forces a writer to consider the aesthetics of their own style. In a similar vein, the idea of writing constraints forces creativity. An example might be to write a descriptive piece about a landscape that doesn’t use adjectives. The focus must then be on the nouns used. Similarly, write about a character’s actions without using adverbs and notice the verbs improve. Beth also mentioned the Oulipo movement – workshop of potential literature – and Georges Perec’s novel A Void written entirely without the letter ‘e’ (except the author’s name). 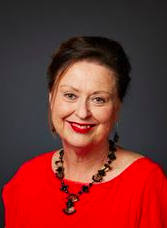 This session was fast paced as each speaker had much to share. Elizabeth began by sharing her thoughts on the ‘remarkable shift’ in the latest Stage 6 English syllabus prescriptions from persuading people to be interested inAustralian literature to the now international connections and recognition of multicultural voices. Where there was a slightly uncomfortable colonial genre there is a shift in an emergence and blossoming of first Nation voices that is, ironically, energising the rest of the field.

The final speaker, Kate, shared a handout of ‘Invaluable Online Poetry Resources’ including:

Fiona read from her short story ‘Art Appreciation’, contained in her most recently published work The High Places which won the International Dylan Thomas Prize. She introduced her reading by sharing a piece of family folklore: her great grandma once won the lottery, but who knows how much? Her father told her once of the ‘secret windfall’ …

In response to a question on the ‘likeability’ of her male character, Fiona outlined John Gardner’s idea of psychic distance. In Psychic Distance in Creative Writing the concept is described as:

the distance the reader feels between himself and the story … In terms of point of view, larger psychic distance can present broad contexts or greater arcs that do not need to be as detailed, while closer psychic distance is useful to bring the reader closer to scenes where specific details are important to engage with the story.

This notion is a good starting point for encouraging students to edit their writing and ‘play’ with points of view to maximise reader engagement. Fiona acknowledges that close third person is her preferred point of view.

2 responses to “Conference 2018: The Craft of Writing – English Association of Sydney”