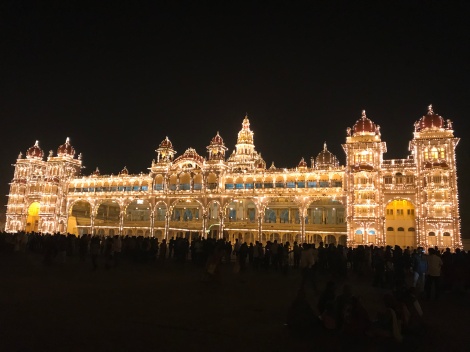 My first trip to India, some 30 years ago, was a backpacking experience: three months that began with a few weeks on a houseboat in Kashmir, several bus trips across the north east to Manali, Dharamshala and Macleod Ganj, time in Delhi before a train trip to Nepal to trek the Annapurnas, returning for the Taj in Agra and a visit to Pushkar via Jaipur. Exciting and exasperating, India is a place of mystery and magic.

This time I spent an immersive two weeks in Karnataka: primarily in Mysore, but also visiting Hampi and Bangalore with Skillstourism, to learn traditional crafts. My main focus was block printing fabric, but I also took flower garland making and basket weaving lessons. Whilst the holiday and total tourist experience far exceeded my expectations, this post (first in a series of three) will focus on my time as a student and reflect on the different learning strategies used by my teachers.

My first Mysore morning began with a crisp red apple and cup of tea on a balcony of the Metropole. I watched a small squirrel scurry across tree limbs as the traffic horn chorus began. Later, Catherine, principal and host of Skilltourism, introduced our driver and we stopped to purchase flowers from a street stall on our way to the garlanding class. 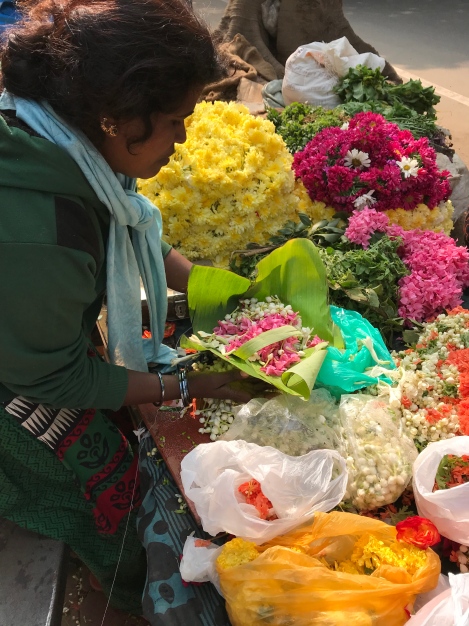 I chose blooms for their colour and size, not understanding the process to be undertaken. ‘Be ready’ is an important strategy at Moss Vale High to prepare students for learning – this may involve a verbal link to previous lessons, sharing a model, and an outline of learning intentions.

We arrived at our teacher’s home, and Saraswati completed preparations for the lesson – woven floor mates, cushions, a small bowl of water, reels of cotton thread and flower scrutiny. Separate piles were made and some head shaking occurred: with limited English, we communicated through hand gestures and facial expressions, with an occasional translation from her busy daughter who was also staffing their clothing shop attached to the side of the house. Saraswati gestured for us to sit, and then her position opposing us.

I focused intently on her demonstration, and copied her movements by lining up flowers in my left palm, wetting thumb and forefinger of my right hand before dampening cotton then twisting and looping knots. It all seemed achievable, although tension became the key element that would hold the garland together. 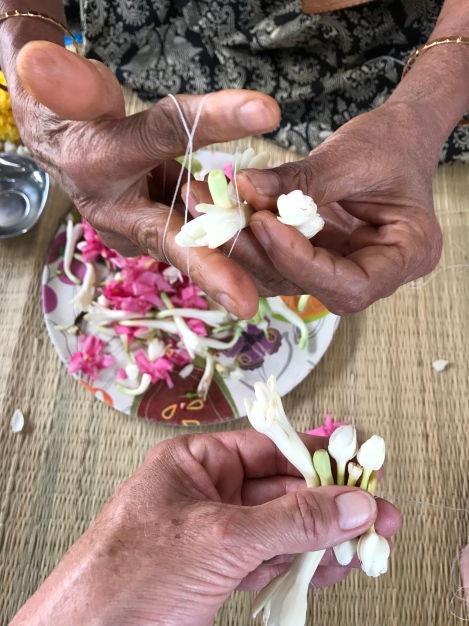 It took many, many tries before I realised that Saraswati’s actions needed to be reversed, and I giggled. I recalled my adult tap dancing lessons where the instructor showed each step slowly, but also while facing us. It is much more difficult to learn a practical skill that is being demonstrated in this manner. This made me more cognisant of my own teaching practice: I demonstrate writing on the whiteboard (back to class) and begin on the left side and write to the right – as I expect students to copy. Moving among students and giving praise and suggestions also builds confidence.

Even with an improving practice, it became obvious that this method of garlanding is quite time consuming, so we switched to the use of needles that quickly progressed the length of garland achieved. 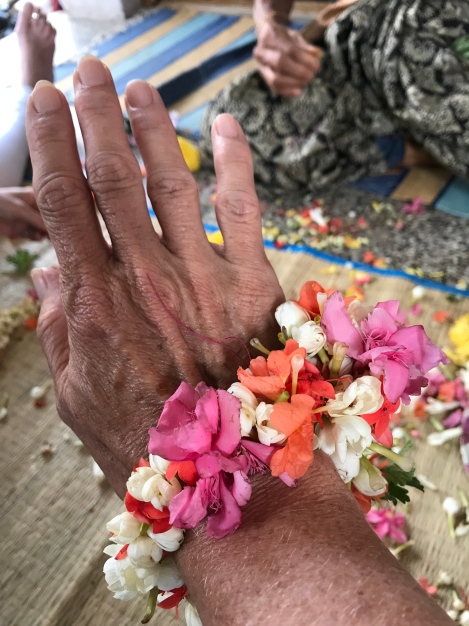 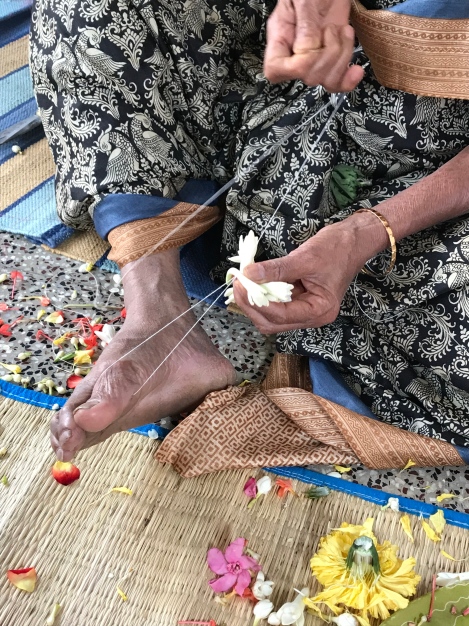 and I stretched out my left leg and looped cotton around my big toe. 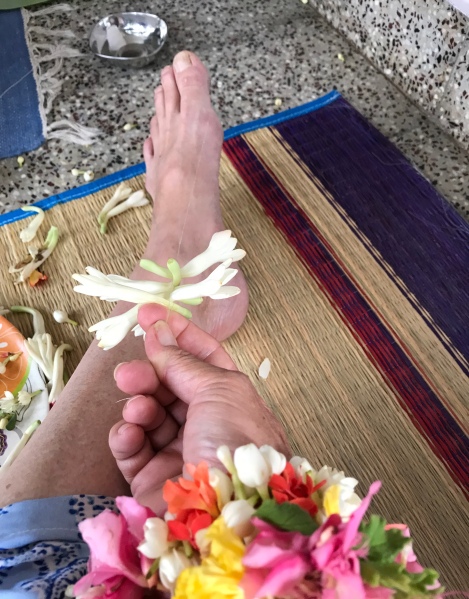 Although I felt quite confident in the skill I was developing, the burgeoning garland fell apart once tension was released. Another hilarious moment. Obviously, much practice was needed, and Saraswati made it clear that she had learned this skill as a young child from her mother, and continued developing her abilities over many years.

My challenge as a teacher is to encourage and remind students that when writing, a first draft is not an end product, but rather a first step that requires practice and revision to be crafted into a satisfying final version.