Commenting on the fast pace of life at the turn of the 21st century, Muzzy Pep’s ‘I Haven’t Got Time to Spell it Out’ delivers its key message through a series of cleverly arranged acronyms. Perpetually pixelated, the music video was released in 2001 without directorial credit. Defined as ‘pastoral pop’ or ‘hay bale rock’, the music video presents a practical antidote to the notion that we don’t have time to fully explain ourselves: slow down and enjoy the simple pleasures of life.

Filmed in a rural setting, the band plays cricket in a paddock while a dog jumps at a Totem Tennis ball. At other times, Muzzy Pep can be seen ‘hanging out’ on the verandah and relaxing in dressing gowns. There are some clear shots of the band members, for a few brief moments near the end of the 2 minute 50 second song.

These images reveal the band’s origins near Maitland and Newcastle described by Scott Blackley as ‘definitely not a hectic urban environment’. Note how the lyrics begin as regular sentences, yet become more compressed as the use of acronyms increases. Simple rhyme maintains the flow of this ballad, supported by gentle guitar riffs and sedate drumming. 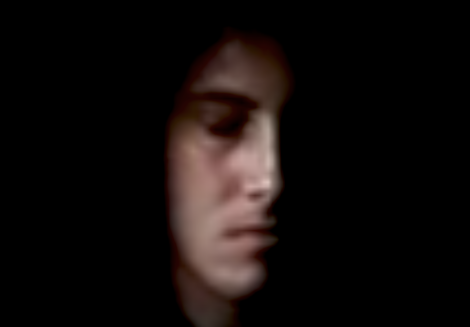 The constant pixelation offers an unsettling viewing, amplifying the jarred state of modern living, especially if the increasing pace of technological change creates anxiety for members of society. We would expect younger generations to be comfortable with change, yet perhaps this perspective heralds the rise of hipster sympathies for artisan wares, slow cooking and folkish music.

I Haven’t got Time to Spell It Out

Things are getting so much faster

The month’s over before it started.

My feet, they never touch the ground

No-one’s ever hanging round

You know I love to shop on impulse

When family values are on discount

I haven’t got time to spell it out

The tension in PMT comes from the GST

And guess what? The ATM’s chewed up the card again

And now kids with ADD are being fed Dexies

To get ’em through the HSC.

So up the ante and the price

the nervous pace of modern life

I love to feel the wind in my hair

Wear special glasses for my hindsight.

But I haven’t got time to spell it out

I’m getting RSI from the mobile

And my PIN is an acronym

And I haven’t got time to spell it out

I’m MIA in the CBD so put out an APB

And I need some R&R

Give me some TLC, ASAP.

Muzzy Pep were unearthed by Triple J in 1998, winning the Newcastle round of the competition – find out more on their facebook page.

Read these articles about the rising popularity of texting: