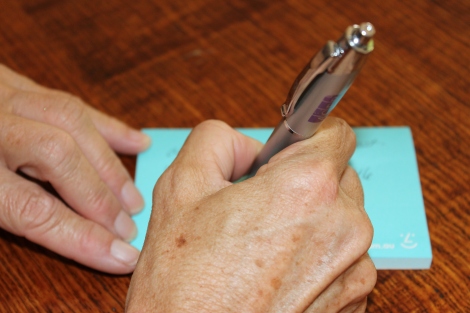 As Director of English at The Weald Community School and Sixth Form, Theresa generously gave up her Friday afternoon on June 17 to discuss her experiences in teacher writing groups under the NWP. We also discussed key ideas that have surfaced in my research, such as the role of reading in teaching writing.

Her responsibilities include overseeing 15 teachers in a co-educational rural school of approximately 1650 children aged 11-18 years. Governed by a local education authority, The Weald has 10 primary feeder schools and follows a mastery curriculum. Recently, the English faculty has adopted ‘threshold concepts’ as a programming strategy for Key Stage 3 which is the beginning of high school – covering years 7 and 8; Key Stage 4 is equivalent to years 9, 10 and 11 in NSW, while Key Stage 5 is for years 12 and 13.

English is delivered in two strands: Literature and Language, and unlike NSW, English is not compulsory for students preparing to graduate. This means that students choosing Literature in their final years have chosen that focus and are usually motivated to work and achieve grades. In a soon to be published article for English in Education titled ‘If We Teach Writing We Should Write’, Teresa shares anecdotal evidence of the effectiveness of teaching poetry through learning to write poetry. Although beneficial for A level students at the top end, this approach was less engaging to others learners. 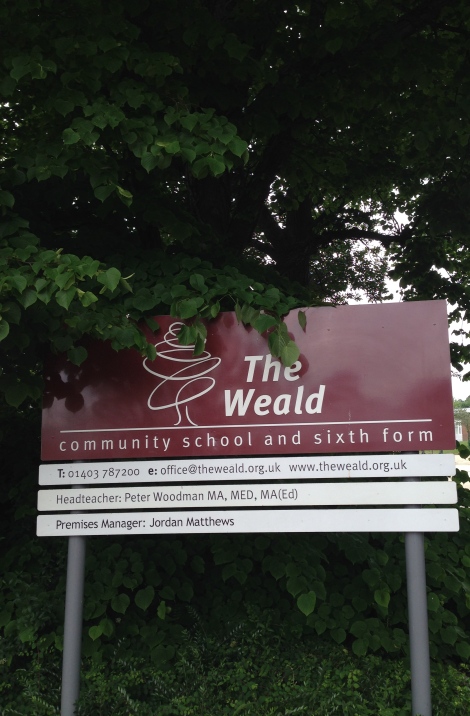 In terms of her staff, most are readers, with half being regular members of 3 or 4 book clubs. In contrast, very few English teachers identify as writers, in this or any school in her experience.

Personally, Theresa became involved with the NWP directly through engagement with Simon Wrigley. As part of a Saturday English Teachers Conference at the British Library, she participated in a free writing session where everyone was asked to jot down five important writing moments from their life. Next, people were asked to choose one moment and expand this into a longer piece. Provide more detail – unlocking memories.

Theresa reported feeling reluctant to share her writing, though she identified that this was a very powerful activity. Suddenly, she realized how often she had asked and expected students to share their work in class and recognized she held similar fears or anxiety herself. This process had a transformative effect on her practice in that Theresa only invites student to voluntarily read their writing.

At a subsequent writing meeting at the British Museum, Theresa was invited to start a group, with Simon offering to do the first session. The Sussex NWP Writing Group has now been running for 2 and a half years. Meetings are held every 6 weeks, and are held in both pubic spaces and private homes at a ration of 2 to 1. This eliminates or reduces the any pressure of unwelcome feelings by new members as the Susses group, being on the website, will attracts new members from time to time.

A typical two hour meeting begins with 10-15 mins of social chat, 15 mins of responding to a stimulus through free writing, then 30 mins of writing something more developed – no restrictions – short story, poem monologue … Meetings always end with a pedagogical focus where ideas are shared about how this may be used in the classroom. Ideas often flow both ways – from class and into class.

Sometimes, writing is structured around a specific event, such as Write-Invite which is an online short story competition where the stimulus is posted online and writers have 30 minutes to respond and submit. Her group have had success with winning published and stories. This is a Saturday afternoon, so meeting times change – but everyone alerted by email a few days before event.

Teresa’s group is across subject areas and key learning stages, includes primary teachers, very experienced teachers and first year out or very newly qualified teachers. There is a solid core of 3 to 5, with up to 9 or 10 at any given meeting – some regulars only attend when they have the urge to write.

‘Free Writing Friday’ occurs in English lessons at The Weald. When introduced, it took half a term to ‘get going’ and be accepted by pupils. Now, when teachers announce ‘it’s free writing Friday’ the class is quite excited. Each student is instructed to bring a journal of their own choice that will remain private and is not marked, although once a term students are invited to choose some writing and develop this piece for submission and feedback.

This writing opportunity has been taken up by most, but not all English staff. Teachers must write with their class, and this has noticeably improved teacher confidence in their practice of writing. Sometimes, a class will sit outside or walk to a nearby space, such as the cemetery.

When asked about her ideas on teachers sharing their writing with students, and the possibility that this could close down some – you’re so much better than me – Teresa explained that any perceived feeling of superiority doesn’t last, particularly if you are honest and explain that sometimes you aren’t happy with what you’ve written today either. You might explain this by sharing what you were trying to do, rather than actually reading anything out. Teresa further suggested that when students share, it may help to use small groups, depending on the class size, to avoid the regular confident students who tend to dominate.