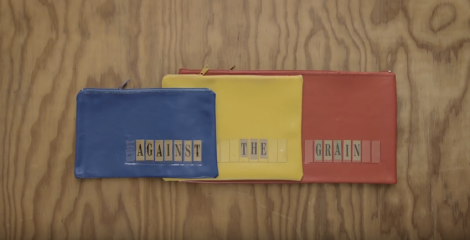 Hudson and Troop’s song Against the Grain is metaphorically animated in this whimsical three and a half minute  music video, a work created in collaboration with dropbear (aka Johnathon Chong). Released in 2011, this text uses everyday school items – pencils, erasers, sharpeners – to illustrate a sense of personal isolation within the everyday regimentation of educational and social expectations.

Opening with a woodgrain backdrop and accompanying radio static, a constant beat and strumming guitar herald the simplicity of the melody. This constancy reminds us of the need for persistence, whether in choosing a life of challenges or remaining within social constraints. 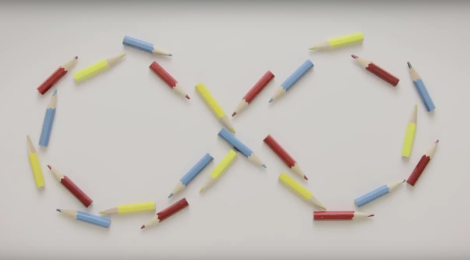 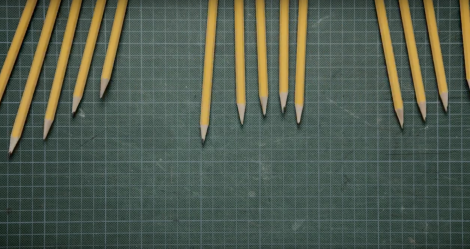 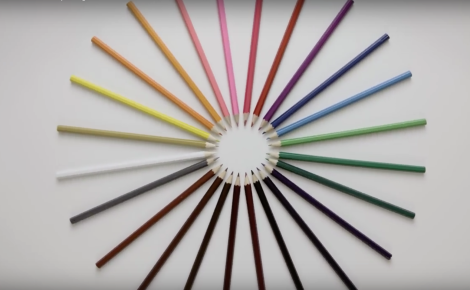 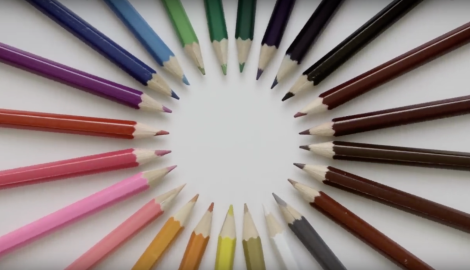 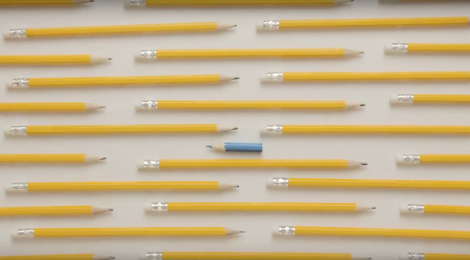 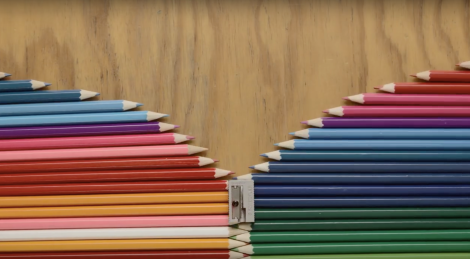 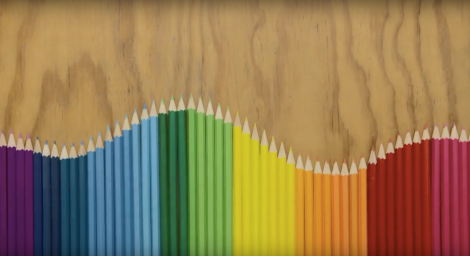 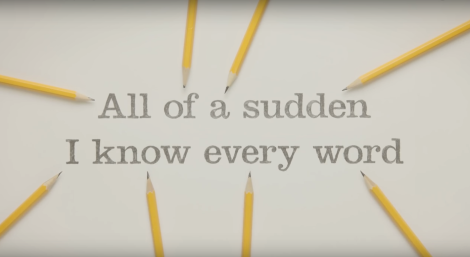 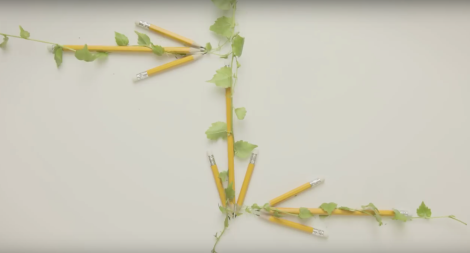 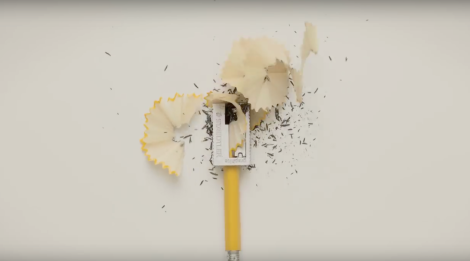 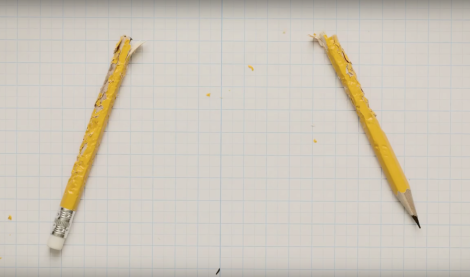 or the image of a damaged, snapped pencil 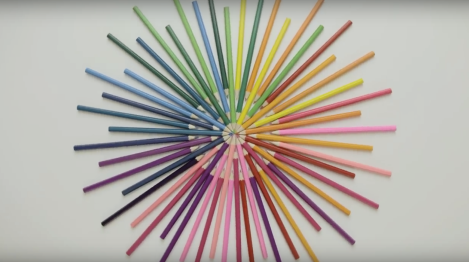 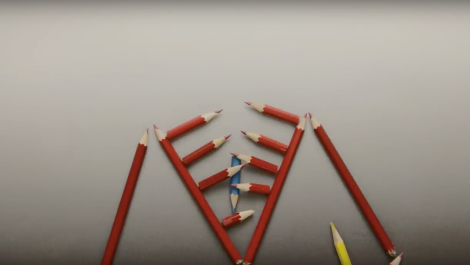 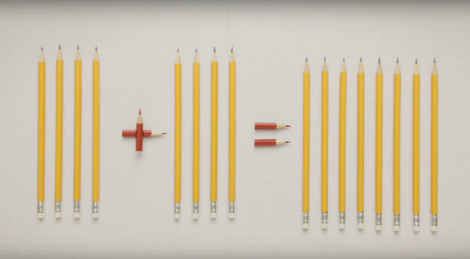 The music video ends with pencils returning to three primary coloured cases, before a smooth woodgrain finish dares us to become our true and authentic selves.

Against the Grain lyrics